Coming soon … near you – “An American Citizen”

As we celebrate Memorial this year 2022 ~ I’d like to share with you “a story” “true” and inspiring:

On April 11, 1916, British troops on the front lines were visited by an imposing figure: Winston Churchill. It would be many years before Churchill became a legendary statesman, but he was already well-known, having most recently served as the First Lord of the Admiralty.

As Churchill went down the lines, he handed out encouragement to the young “Tommies” fighting for England. But when one particular man responded, Churchill stopped. There was something different about this soldier, and it wasn’t his tall, six-foot-two frame.

It was that he had an American accent.

His name was Harry Butters, and he was from San Francisco, California. Only twenty-four years old, he volunteered to fight for the British shortly after World War I broke out…a full two years before his own country entered the conflict. When an astonished Churchill asked how he’d managed to enlist, the young man shrugged.

Impressed, Churchill invited him to dinner, a rare honor for a 2nd lieutenant in the Royal Artillery. That night, the two ate and drank champagne in Churchill’s bunker, where the future Prime Minister got a chance to learn all about this curious young officer. A man who Churchill described in his journal as “jolly” and “a pure Yank – unnaturalized, unsworn…but just as faithful” as each of his comrades.2

The son of a wealthy industrialist, Harry seemed destined for a life of privilege and prestige. Thanks to his family connections, he attended top colleges in both England and New Hampshire before inheriting his father’s fortune. Back home, he worked at Standard Oil for a time before buying his own ranch. Everything seemed in place for a long, healthy, comfortable life.

But then, in 1914, one of the most destructive wars ever seen broke out in Europe.

It must have been a shock to his family when Butters announced he was going to fight. After all, the conflict had nothing to do with him or the United States. What could he possibly hope to gain? But to Harry, the choice was simple. He had friends in England. Friends, he knew, who were about to be called to serve. Called to fight. Called, maybe, to lay down their lives.

Even though he was half a world away, Harry felt that same call.

Harry promptly went to England and received an officer’s commission, becoming one of the first Americans to fight in the Great War. His first taste of combat took place in September of 1915 during the Battle of Loos. The largest British attack of the year, the battle lasted nearly two weeks and resulted in nearly 60,000 Allied casualties. By the time it ended, no one could have blamed Harry for deciding to pack it in and go back home. After all, he wasn’t British, or French, or German. He was an American.

But Harry didn’t go back home. As he explained to his family in a letter, he was exactly where he needed to be.

“I find myself a soldier among millions of others in the great allied armies fighting for all I believe right and civilized and humane against a power which threatens the existence of all the rights we prize and the freedom we enjoy.

It may seem to you that for me, this is all quite uncalled for, that it can only mean either the supreme sacrifice for nothing or at best some of the best years of my life wasted. But I tell you that I am not only willing to give my life to this enterprise (for that is comparatively easy except when I think of you), but that I firmly believe that never will I have the opportunity to gain so much honorable advancement for my own soul, or to do so much for the cause of the world’s progress, as I am here daily.

I think less of myself than I did, less of the heights of personal success I aspired to climb, and more of the service that each of us must render in payment for the right to live and by virtue of which only we can progress.”1

So, Harry continued to serve, impressing everyone with his horsemanship and good humor. But as the months passed, the horrors of war began to take their toll. Shortly after meeting Churchill, Harry began suffering from shell shock – what we know today as Post-Traumatic Stress Disorder. He was sent away on leave to rest. Churchill, still keeping tabs on this faithful Yank, told him not to rush his recovery. But by the next month, Harry was back in his unit.

To this day, the Somme remains one of the deadliest clashes in human history. It lasted over two months and involved over three million soldiers, of which over one million were casualties. Nevertheless, Harry threw himself into the fray with all the courage and enthusiasm he was known for. Until, on August 31, he found himself pinned down by a gargantuan barrage of German artillery. Another soldier later said, “I don’t exaggerate when I say nearly 100,000 shells dropped that day in an area of about 800 square yards.”1 But seeing that one of his men had fallen, Harry leaped into the dugout to take his place. For the next few minutes, he crouched there with a friend as shell after shell – some containing poison gas – exploded around them.

Finally, Harry decided it was time to fall back. But just as he made to do so, a gas shell struck his body. He died immediately – the first American to be killed defending freedom and liberty in Europe.3 He would not be the last.

Winston Churchill himself wrote Harry’s obituary in a London newspaper:

“He had seen much service on the front line and came through unscathed until in June last a bouquet of shells destroyed his post and stunned him. He could be induced to take only a week’s rest before he was back at the front, disdainful as ever of the continual threats of death. And this, quite simply, he met his fate. He was one of the brightest, cheeriest boys I have ever known. We realize his nobility in coming to the help of another country entirely of his own free will.”

It’s said that Harry’s funeral was attended by every man who could be spared from duty – and because no American flag could be found, the British Union Jack was draped over his casket. But only a few days before, Harry had told his chaplain what he wanted, should he fall in battle. His instructions were carried out to the letter.

A humble burial place, marked by a simple cross, inscribed with a singular phrase:

Every year, we observe Memorial Day. Every year, we pay solemn tribute to those who gave everything so that we may have everything. People like Harry Butters and the tens of thousands who came after him. Each willing to give the “supreme sacrifice.” Each devoted to “the existence of all the rights we prize and the freedoms we enjoy.” Each “rendering in payment for the right to live.”

Each the bearer of the greatest and most noble title any of us could ask for: 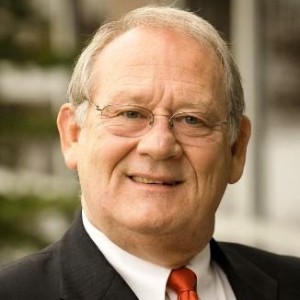 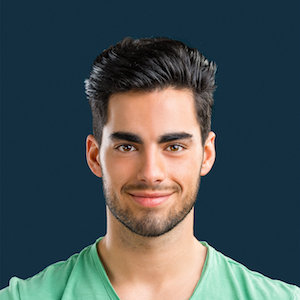 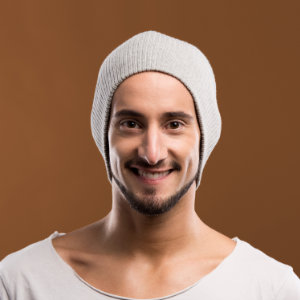 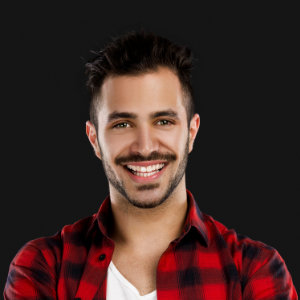 We believe you as well as your business must “Stand-out-in-the-crowd” today to be successful.